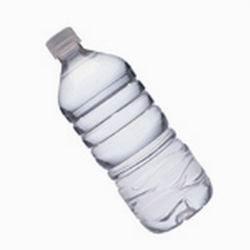 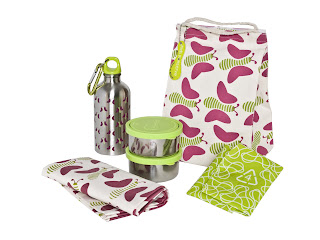 #1 - PET or PETE: polyethylene terephthalate is used in many soft drink, water, and juice bottles. It's easily recycled, and accepted by most curbside municipal programs and just about all plastic recycling centers.

#2 - HDPE: high-density polyethylene is used in milk jugs, detergent and shampoo bottles. It is widely accepted by most curbside municipal programs and recycling centers.

#3 - PVC: Vinyl or polyvinyl chloride is a bad, bad plastic. Soft PVC often contains and can leach toxic phthalates, and can also off-gas chemicals into the air. It's used in some cling wraps (yikes!), many children's toys, fashion accessories, shower curtains, and detergent and spray bottles. To top it off, PVC isn't recyclable, either.

#4 - LDPE: low-density polyethylene is used most in plastic shopping bags, some cling wraps, some baby bottles and reusable drink & food containers. It is recyclable at most recycling centers (and many grocery stores take the shopping bags) but generally not in curbside programs.

#5 - PP: polypropylene can be found in some baby bottles, lots of yogurt and deli takeout containers, and many reusable food and drink containers (you know, the Tupperware- and Rubbermaid-types). It is recyclable in some curbside programs and most recycling centers.

#6 - PS: polystyrene is used in takeout food containers, egg containers, and some plastic cutlery, among other things. It has been found to leach styrene--a neurotoxin and possible human carcinogen--and has been banned in cities like Portland, Ore. and San Francisco. Still, it persists and is not often recyclable in curbside programs, though some recycling centers will take it.

#7 - Everything else, and this is where the waters get a bit murky. First, and perhaps most notably, #7 includes PC, or polycarbonate, which has been making headlines lately because it has been found to leach bisphenol A (BPA), a hormone disruptor that mimics estrogen.
But that's just the tip of the #7 iceberg; though you're less likely to see them in the grocery store than some of the others, the burgeoning crop of bioplastics (made from plant-based material rather than the usual petroleum base for plastic) also falls under this umbrella, for now, at least. Most common of these is PLA, or polyactide, which is most commonly made with corn, these days. It isn't easily recycled, though it can be composted in industrial composting operations--your kitchen composter most likely doesn't create enough heat to help it break down.

* 40 billion pounds of PET waste will be added to our landfills within only a decade.

Promote Your Page Too